We knew that trying to climb an alpine route at 12,000’ in October was risky, but we wanted to squeeze every once of climbing out of the fall before winter locked its grip on the Sierras. Besides, the Clyde Minaret is one of the easiest climbs on the Classic Climbs list so we went for it, even though the forecast was calling for 30% chance of snow/rain. 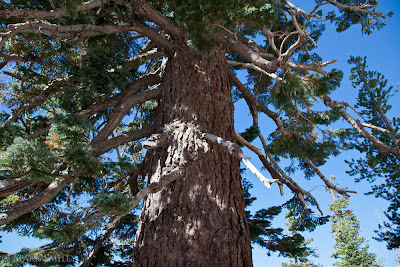 The hike up to Minaret Lake passed quickly.  One hundred year old ponderosa pines, rushing creeks, and the occasional songbird that was hardy enough to make it through the Sierra winter occupied our minds during the hike. Dark clouds were ripping past the Clyde when we arrived. It made my fingers cold just thinking about touching that damp, 30 degree, shaded rock.

The next morning was cold, so we slept in. Eventually a few blue-sky sucker holes popped through the blanket of grey, which gave us hope and motivation to get out of our warm sleeping bags. 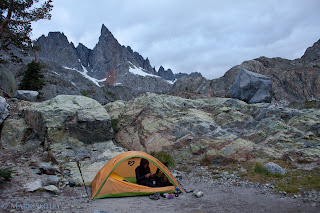 The mountain came in and out of view as we hiked to its base. Neither one of us said much as we crossed the mini snowfield, as we knew this was going to be a cold climb.  Not to say that climbing in the cold is as bad as sitting in city traffic, but we had been hoping that this “easy” classic climb would be warm and sunny as most other Sierra climbs tend to be.

We roped up and started climbing. Following the path of least resistance along the approach ramp, and then up into a huge dihedral. Thankfully we were able to climb the easier parts with gloves on, and still move quickly up the steep face. Occasionally the sun would break through and we would both stop to soak in the warmish rays. 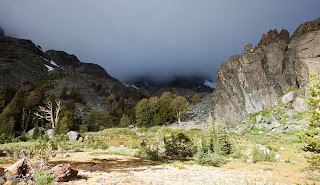 The climbing was pretty good, a few loose rocks here and there, but a good climb nonetheless.  We made it to the top in a few hours, signed the book we found in the bomber metal summit register, and then had to decide how to get back down.

The topo suggested descending a couloir to the south, but we opted for the rappels to the north, as we did not bring crampons for the bulletproof snow we saw in the couloir on the way up. This descent was the highlight for me. We had to figure things out, make a couple of our own anchors, and chimney through the moat at the base, where the snow field pulled away from the rock, leaving a 20 foot tall hallway we had to pass through. 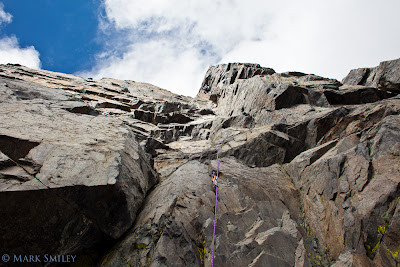 We got back to camp around six and decided to hike out that night, most of which we did under headlamp. It’s pretty nice to hike at night. The miles pass quickly. We made back to Lulu, drove back to Mammoth Lakes, and fell asleep quickly on a side road in the warmth of our nice soft bed in the van. 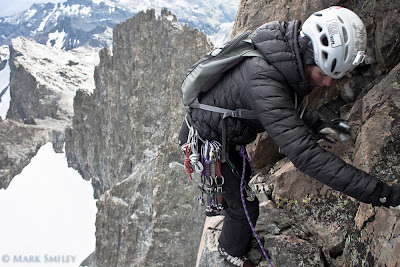 The Southeast Face of the Clyde Minaret is definitely worth the hike, but I recommend climbing it when the forecasted high is at least 65 degrees, instead of 40! 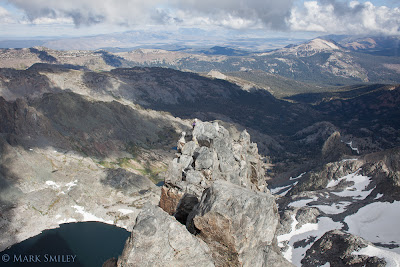 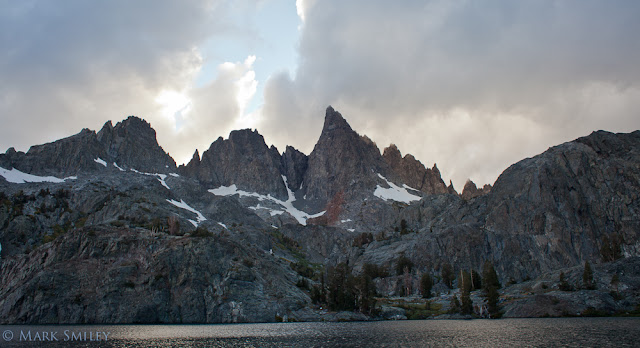